PandemicZ is a game development project. Goal is to produce game that simulates town that gets Z-virus infection and player has to survive and stop the virus.

Ok, got basics of human animator done. Sure, it needs a lot more of variance, but with random speeds (via scripts) it looks rather good on game. 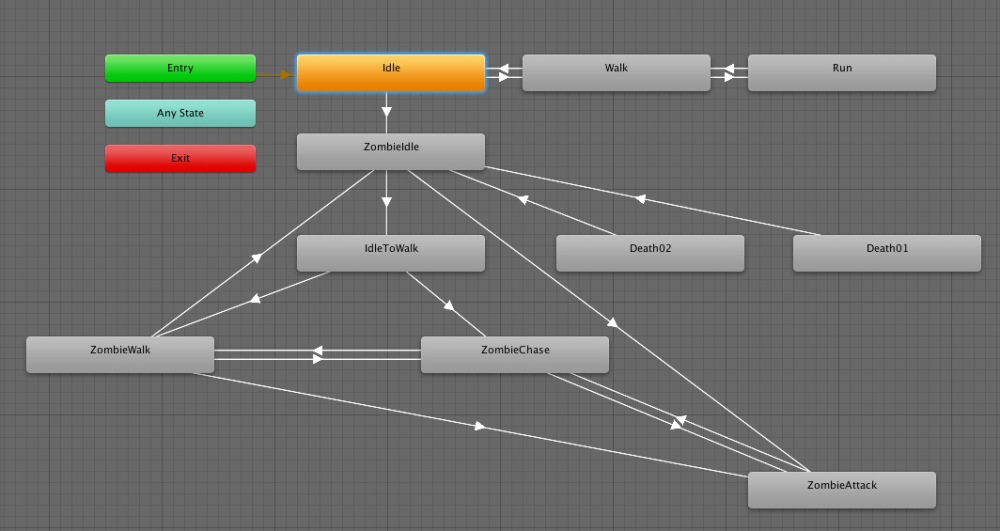 Breakdown of cycles are:

With transitions Death-to-ZombieIdle is handled pretty good. Sure, if there would be handmade animation to rise to standing, it would be prettier, but usually dead are covered with zombies, so no-one will see this Dracula-style wakeup:

View all posts by PandemicZ